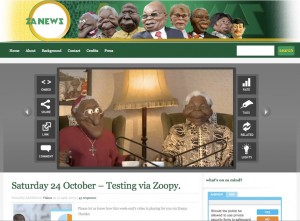 While originally intended to broadcast on the South African public tv station this show had the plug pulled on it. Widely speculated is the theory that certain of the satirized politicians did not like the unglamorous representation of themselves. A few calls, a little arm twisting and it’s gone. But is it? These puppets can be seen in all their glory online.